We’ve all been taught how omegas (essential fatty acids) are good for us in our diets. According to globally recognized nutritional studies, omega rich foods like fish, greens and nuts help us rebuild tissue, maintain healthy cholesterol levels, improve joint and bone health. But what about Omegas in skincare? Is it just another gimmick, or are there actual skin health benefits to it?

I found out the hard way. 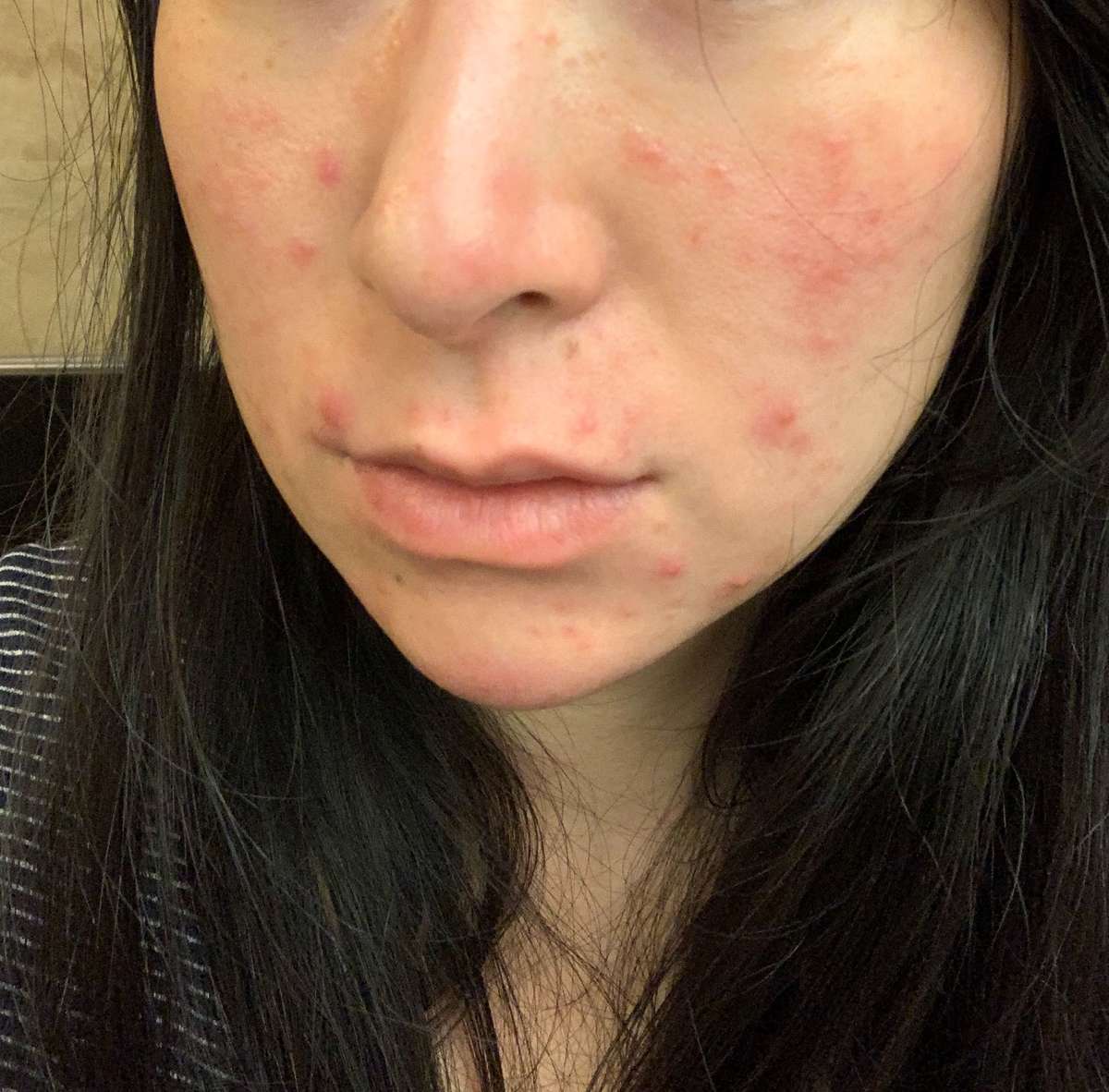 After being diagnosed with inflammatory Rosacea, my general skin health was terrible. It was hypersensitive, flaking, constantly inflamed and its natural barrier seemed non-existent - I would wake up in pain some mornings as I’d scratched my cheeks during the night and find new scabs. The skin picking didn’t help of course, so I was desperate to understand how I could minimize my skin’s sensitivity levels. 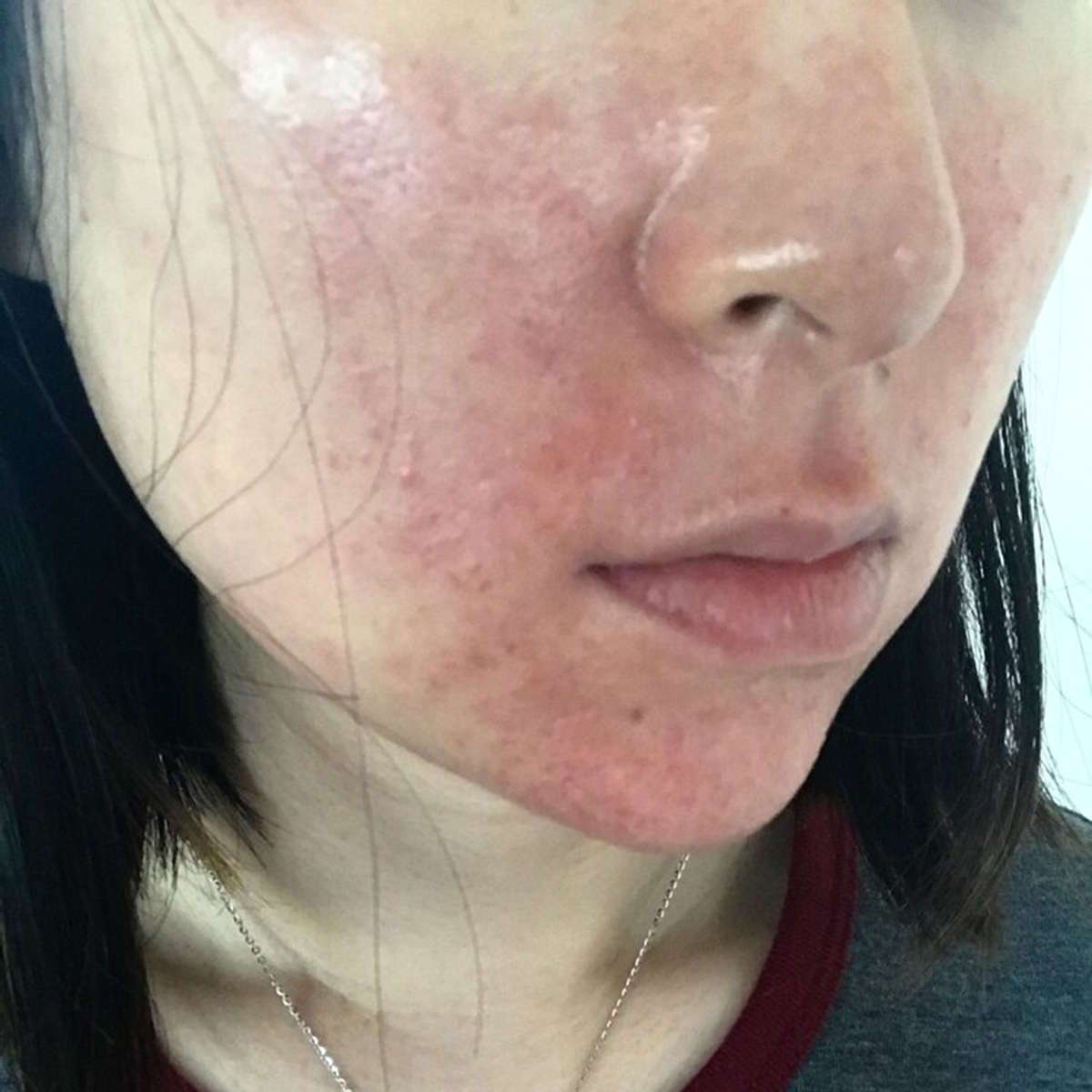 Understanding these slight differences between functions were the key to finding the right formulation for one our longest selling staple products, the Omega Repair Cream. It is the first and only cream we have in our assortment and the first clinically consumer perception surveyed product in our panel. 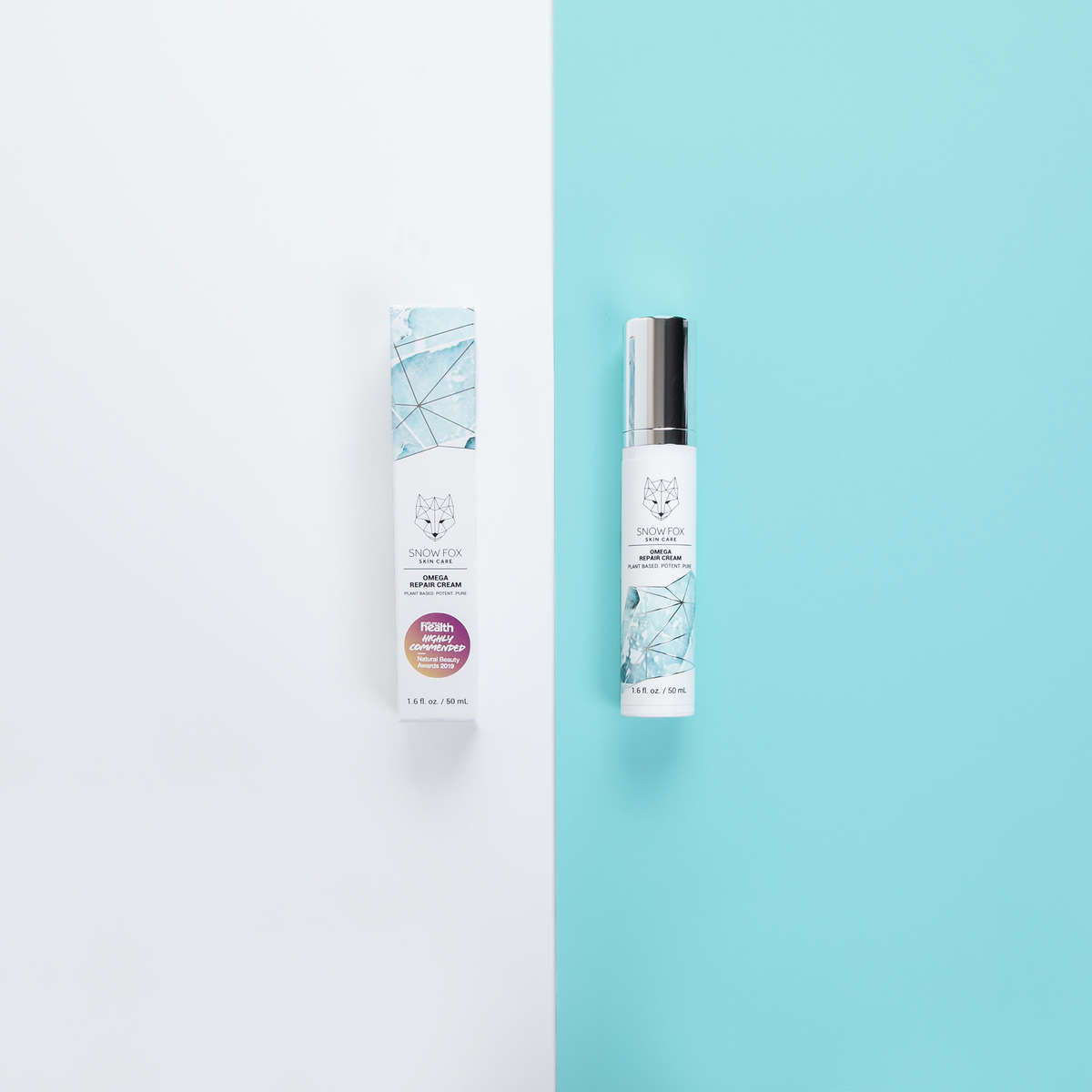 It started off as an unlabelled white bottle directly from my partner chemist, who took pity on my highly visible condition and took it upon herself to come up with something using my skin as a profile. Her theory was that we should focus on repairing my skin’s existing barrier. The natural skin barrier already consists of fatty acids, lipids and oils. The role of fatty acids in skin is to reduce trans-epidermal water loss, act as an antibacterial shield and defense system to the external environment. When this barrier is compromised, topical application of additional fatty acids can help replenish and rebalance skin health. Knowing that I refused any animal origin beauty products, she put together a botanical base of Omegas-3-6-7-9. 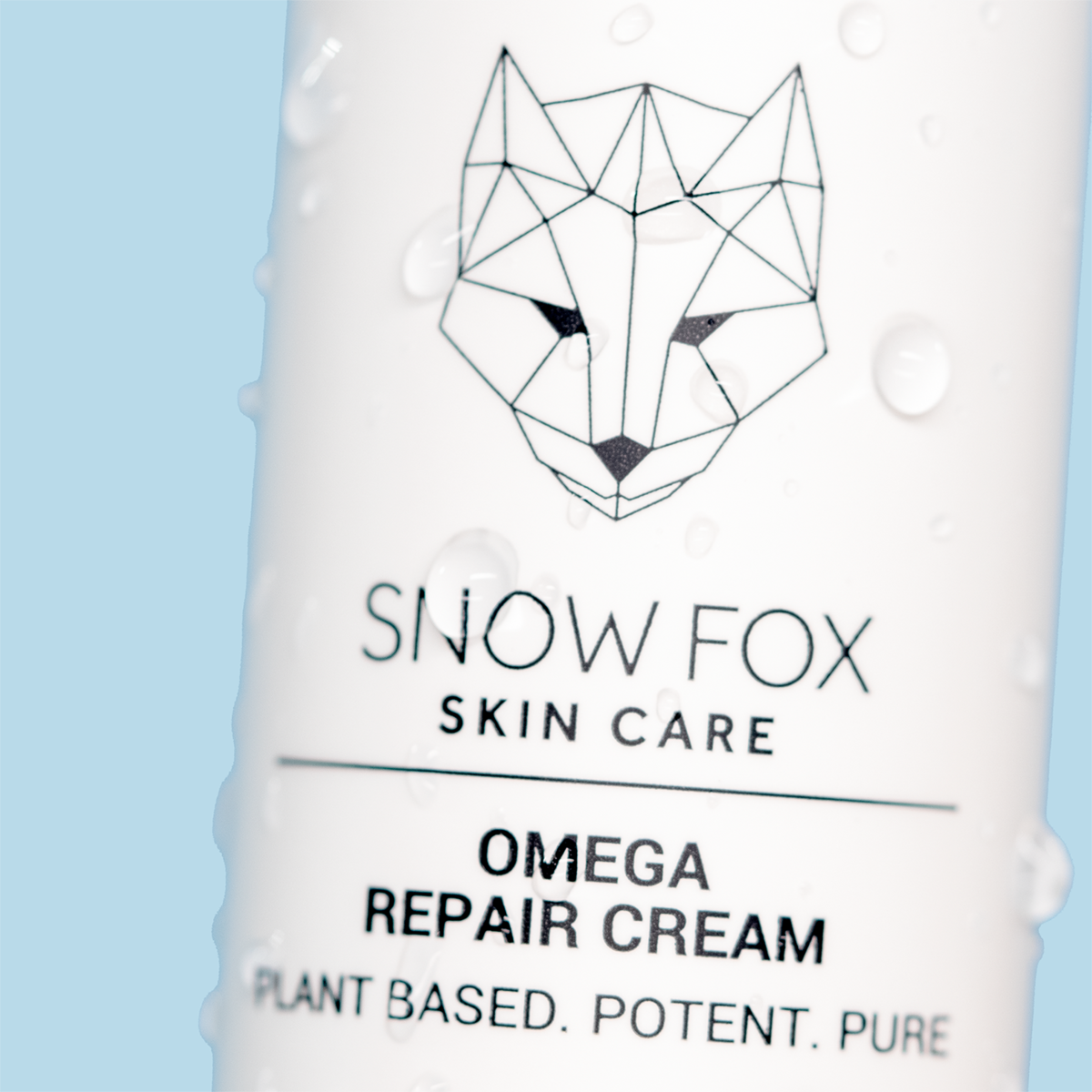 She believed that each of these Essential Fatty Acids played an important part in repairing skin health. Even Omega-7, a rare mono-unsaturated fatty acid found in Australian Macadamia Oil, would have a positive effect on recovery. I was skeptical at first about applying an oil based cream as heavier prescribed creams from the doctors had caused me to break out, but it was pleasantly silky and lightweight. 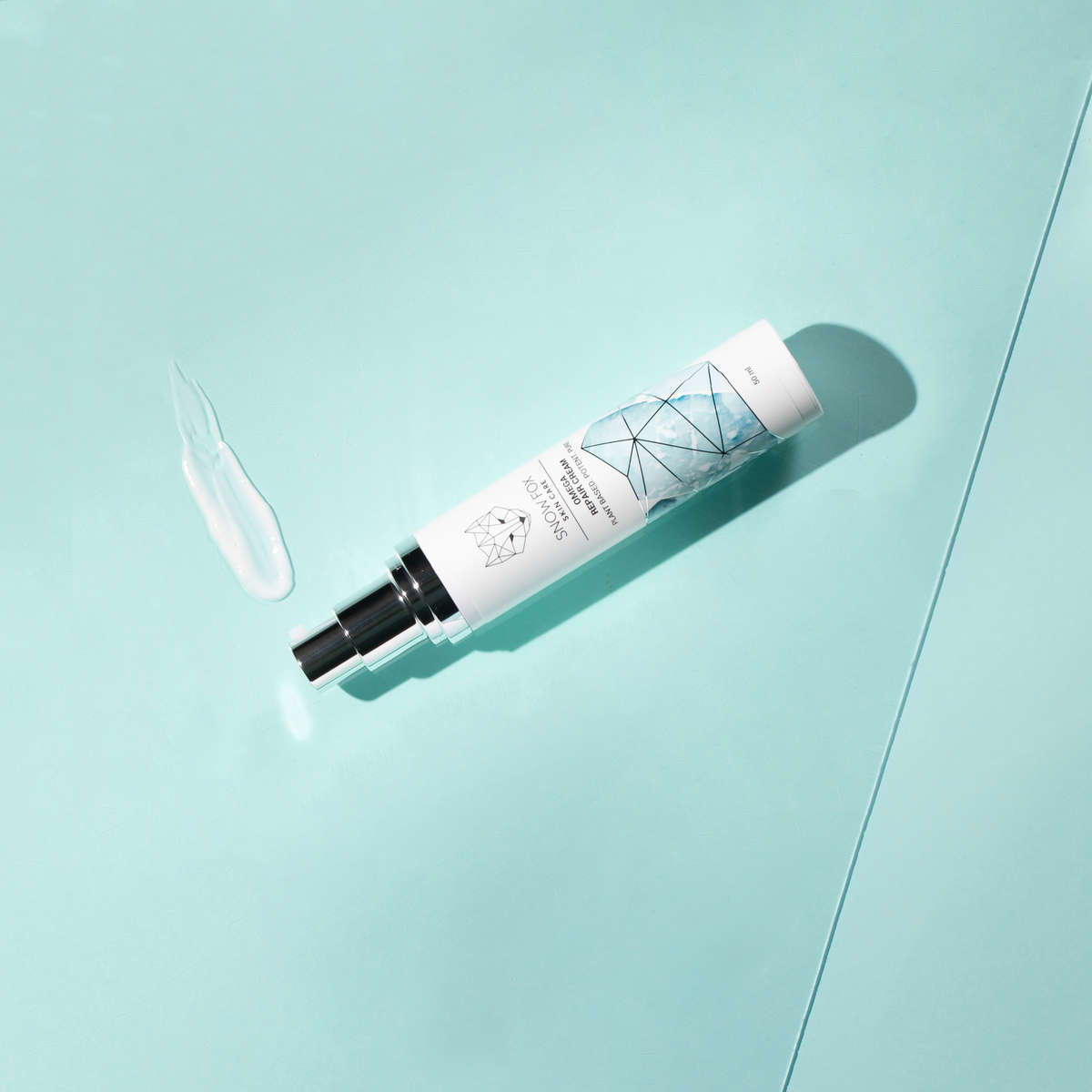 To avoid breakouts, she paired the formula with peppermint oil, a naturally soothing anti-microbial that was not too aggressive. As a Taiwanese national, she happened to have studied Traditional Chinese Medicine, so her knowledge of healing herbs were deeper and probably more open minded than most pharma-based chemists I’d met.

When she added a high concentration of ginseng to the cream, (it’s a century-old medicinal herb coveted in China, Korea and Japan) I was worried about the scent. As a child, I’ve been forced fed ginseng herbal soups by well meaning Asian grandparents, but anyone would tell you that it has an awfully bitter, earthy taste and smell. 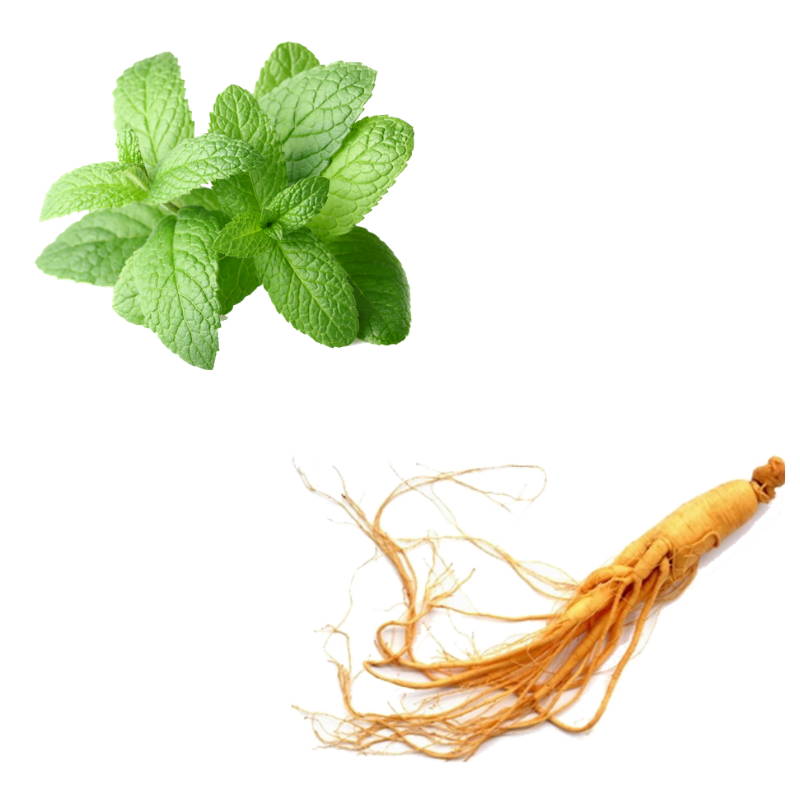 “The ginseng is for the scarring and antioxidant-support.” she explained.

When we first worked together, I had a lot more visible scarring from the obsessive skin picking habit I developed alongside the Rosacea. The subtype of Rosacea I have is also known as “papulopustular” Rosacea, as it comes with raised, bumpy rashes that resembled acne but were not extractable pustules. So I would scratch and pick at these bumps so much that I caused my own scars.

We can SEE & FEEL

After the first month of daily use, my skin started to feel less sensitive. It took me about 3 months to really see and feel like my skin had started to normalize. 3 years in, I still have a skin condition but can confidently walk around with a smooth, less sensitive face. 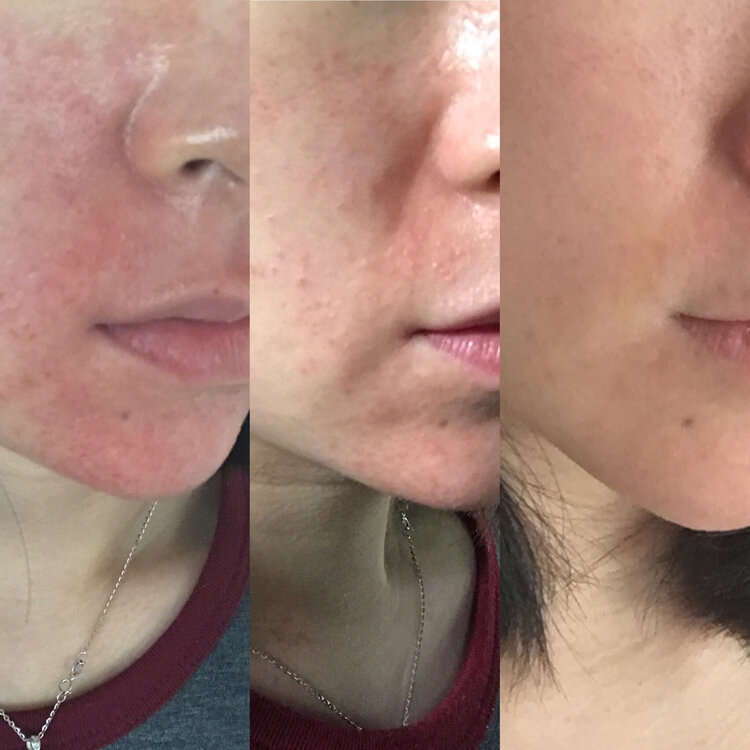 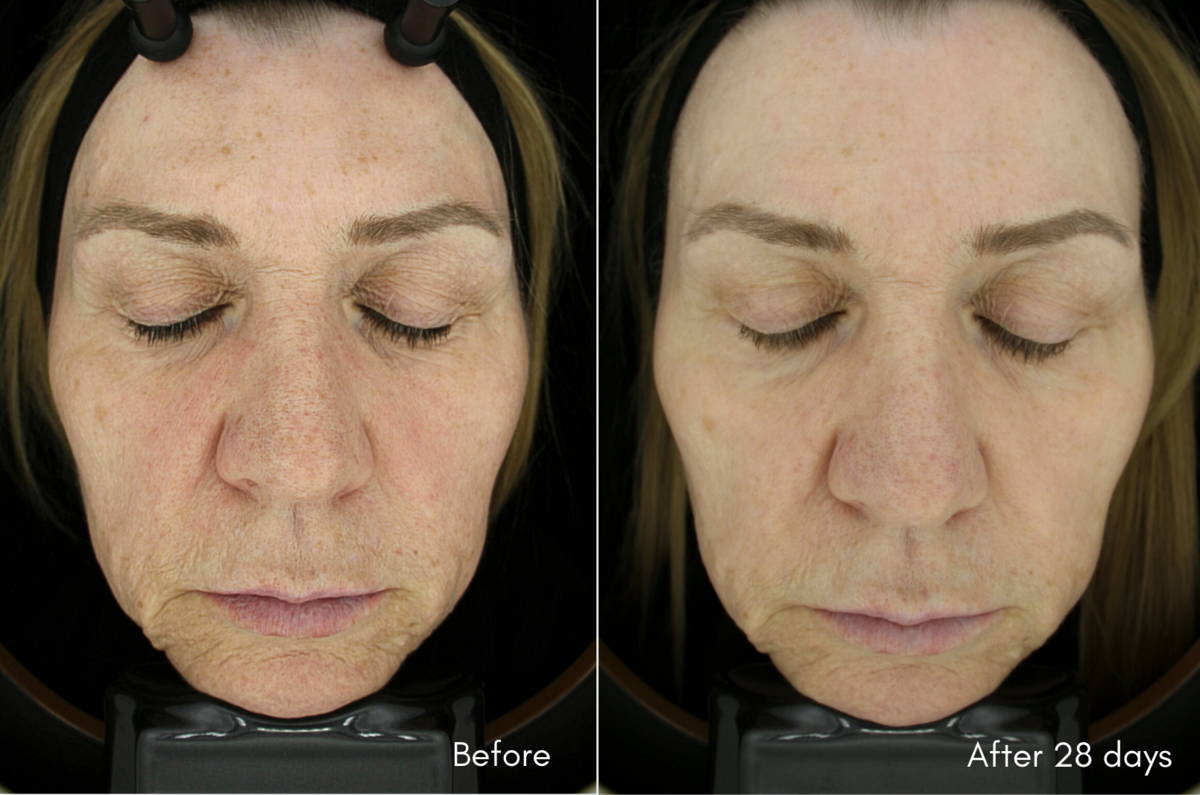 Early research has shown some evidence that topical application of Omegas can help with UV induced photodamage, signs of skin aging and inflammatory responses - the third of which was crucial for people like me.

So if you’re struggling with chronically sensitive skin, redness, dryness and inflammation, replenishing fatty acid content in your skin may be just the right step towards recovery.