I remember my hand trembling when the two lines formed on the pregnancy test. I wasn’t ready for motherhood at all - I was 30, running a very young company and was already exhausted with the amount of work it took to start up a new brand. My relationship with the father of my child was also about a year old, we’d just settled into a comfortable routine schedule and had a cross-family meet planned at the end of the year. Every day was filled with a schedule packed to the brim.
But there I was, holding a positive pregnancy test. 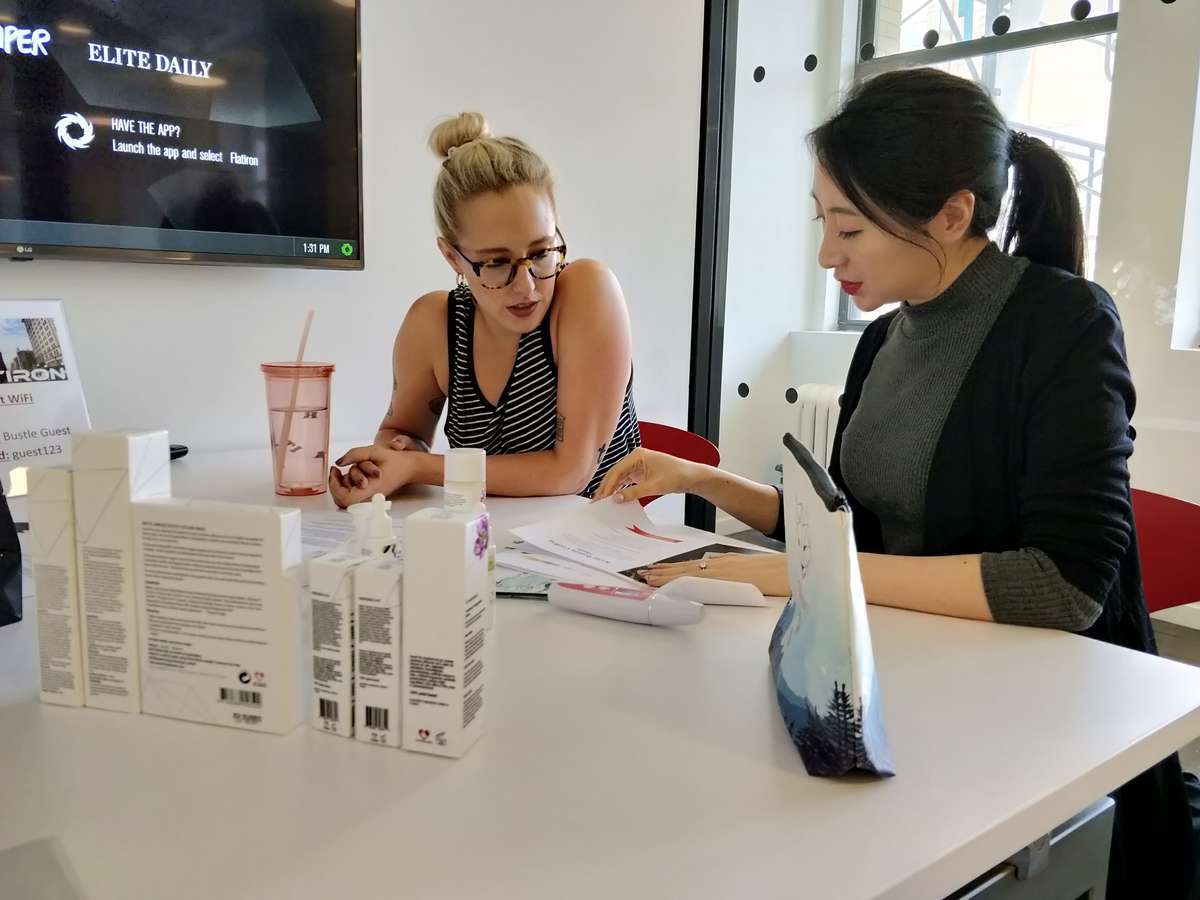 Afterwards, as my pregnancy went ahead, it wasn’t easy. I was told that getting pregnant made me unsuitable for work. I was given a lot of raised eyebrows in meetings when I showed up obviously pregnant. All the “interested” investors dropped out. I worked until 2 days before birth, but it wasn’t enough to stop the judgement pouring in. I realized then, how hostile the world of perceived “entrepreneurial” success was towards mothers. This was a world where the word “entrepreneur” was basically idealized as a mid 30s, single overconfident white guy in tech who used words like “smart”, “disruption” and “pivot” in every second sentence.

As a heavily pregnant, Asian female with a young company - I couldn’t have been any further from this. I’ve come to understand the backlash though. It’s not right, but I get it. Firstly, the idea of being an entrepreneur is supposed to be sexy. It’s seen as an admirable, attractive occupation; a flashy self-made millionaire dream. Even the word “entrepreneur” is sexy; it’s a more attractive term than “business owner”.
Unfortunately, being a pregnant woman is not “sexy”. When investors and people want to look up to a founder, a heavily pregnant, tired woman is not what they envision. 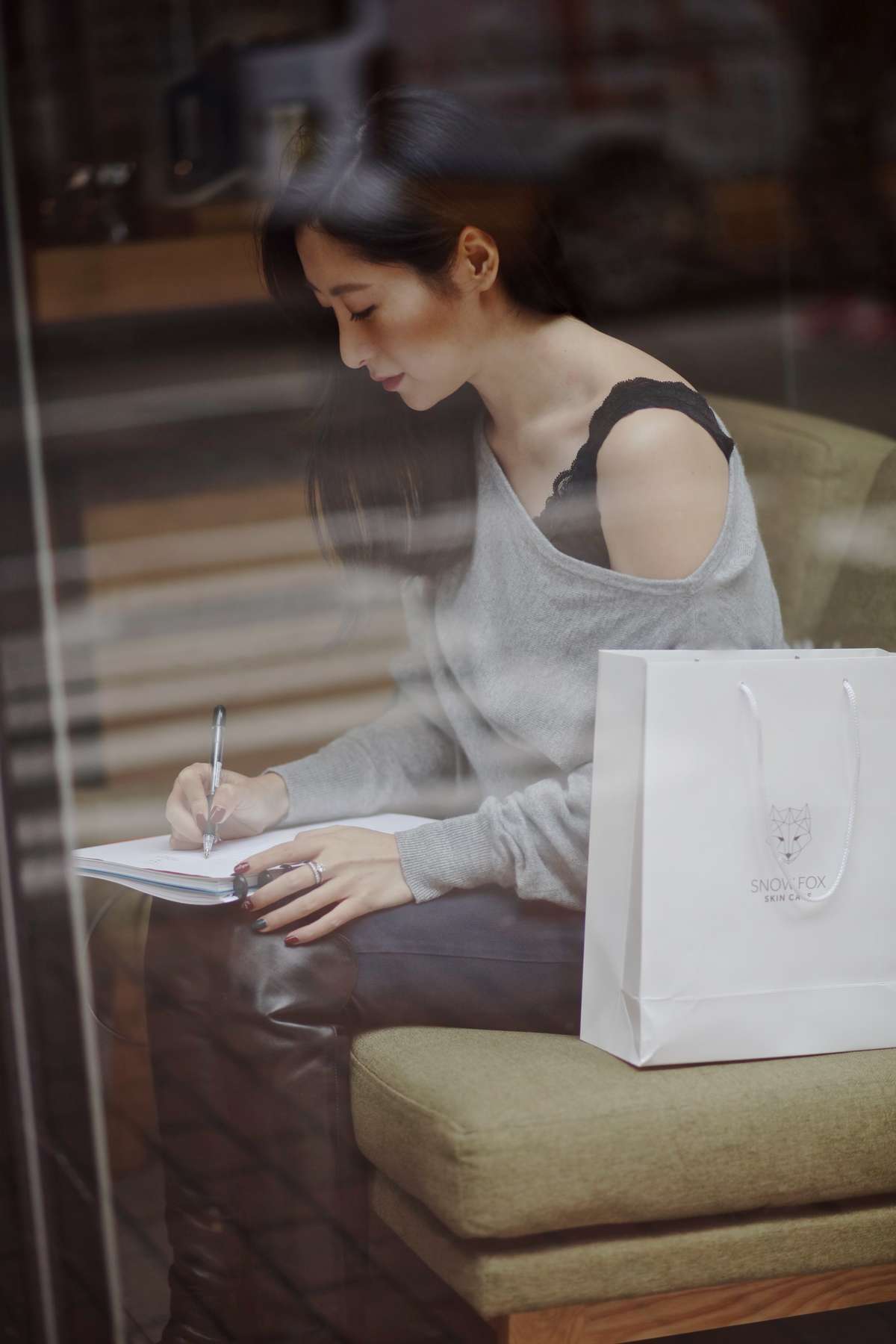 Secondly, I am based in Asia. Asia is still very conservative, especially when it comes to gender roles. Many people believe that women with children should stay home and prioritize their families. Others believe that pregnant women are corporate liabilities who won’t “focus” at work anymore because now they’re too busy with kids. Or that they lose their drive and aggression, becoming maternal and focused on their little nests.

It’s a lose-lose situation because if you choose to stay at work, people judge you for neglecting parenthood. If you choose to give up your job and stay home, that’s the end of your work life as most companies won’t accept a 4 or 5 year gap in your CV for “parenting”.

It’s been four years since I became a mother. My company has grown more than triple its original size in sales. After more than a million units sold in less than 2 years, all the naysayers have become mute, awkward sideliners.

And now, I am a completely different creature.

What Society Gets Wrong

I think what society gets so wrong about motherhood/parenthood in entrepreneurship is that they don’t see the entire scope of how it works.

They forget about the other portion of biology that comes with maternal love and care.

They forget that a lioness will take on the alpha male in her pack in order to protect her cubs - and often win. If not, she will fight to the death and the other females may even join her to gang up on the male, no matter his size.

They forget that mother polar bears will stay with their babies for two years in the Arctic, to feed and teach them how to survive in one of our most extreme environments. 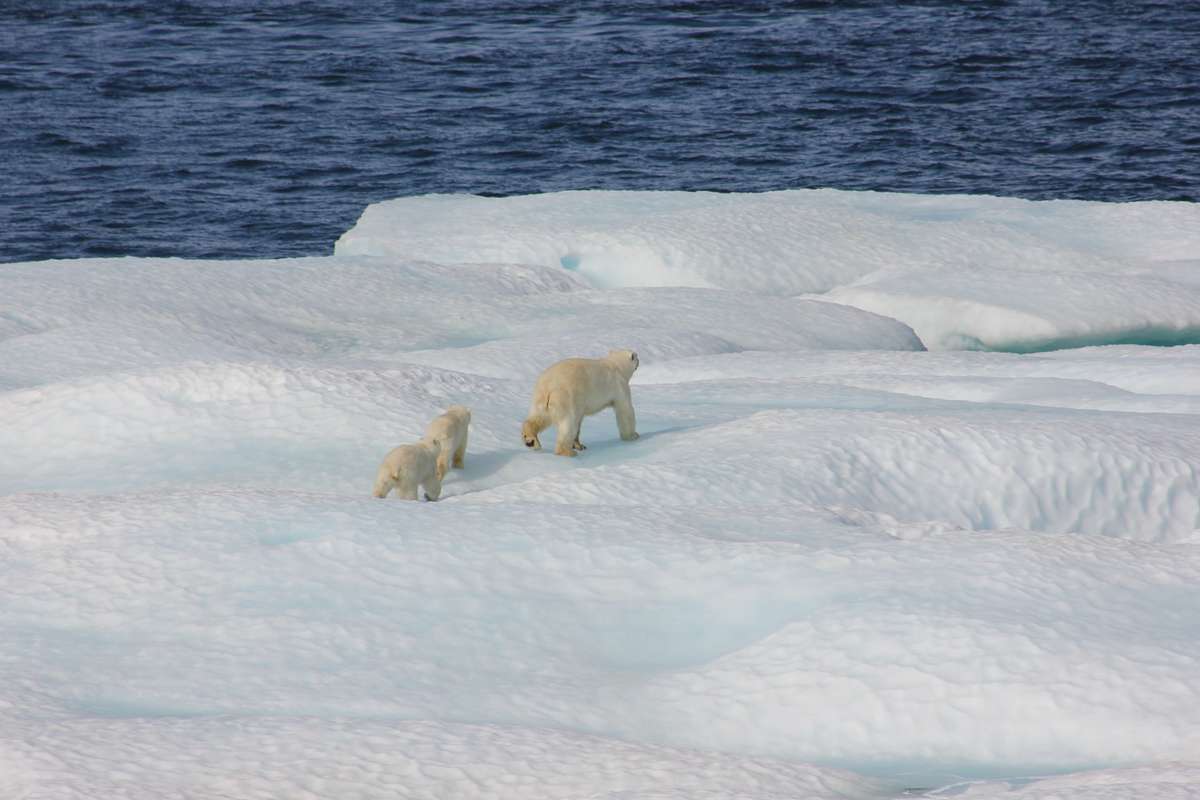 This is the true power of maternal or paternal instinct: a biologically programmed resilience. Of course this isn’t always the case, but think about the time when your mother felt that you were threatened as a child by an external force. Most of us have at least one memory of mother’s claws coming out to protect us somehow. Meek, it was not. 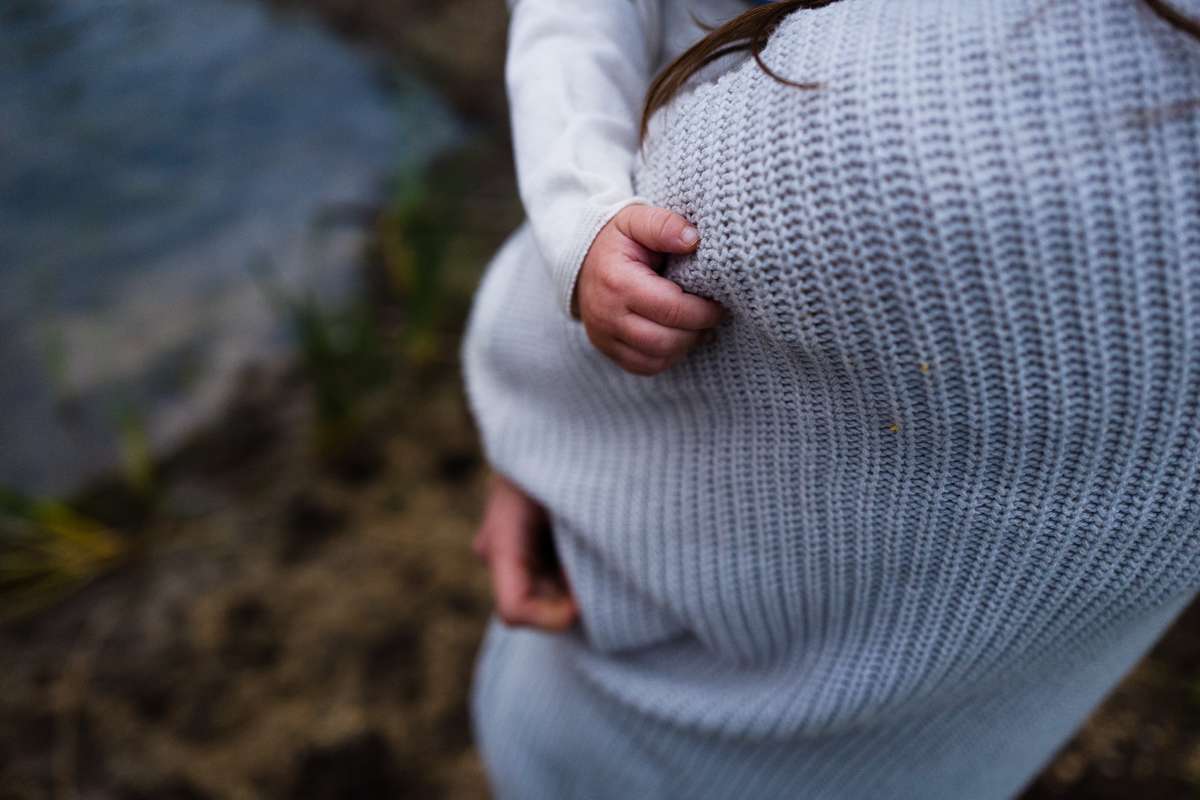 Before I heard my baby’s heartbeat, I was considering not going through with it. I certainly don’t judge people who decide to terminate, because I believe in consent. But the first few beats, I will never forget. It was as if a thunderbolt had hit me and suddenly every cell in my body turned inward to protect this life inside me. I am willing to suffer anything in order to provide for her.

I thought I knew love, but I had no idea what it was until I heard that heartbeat. When nature works this way, it’s almost cruel.

What Motherhood Gave Me

For me, motherhood gave me a new set of goals and priorities. Now I need to win. I need to provide for her and losing is going to get in the way of that, so whatever I do, I am a lot more careful and a hell of a lot more driven. I am less likely to make risky, impulsive decisions without thought. Things that would have upset me in the past, I don’t even blink for now. And I certainly hold my ground a lot stronger now.

I have become a much more effective entrepreneur because of motherhood. 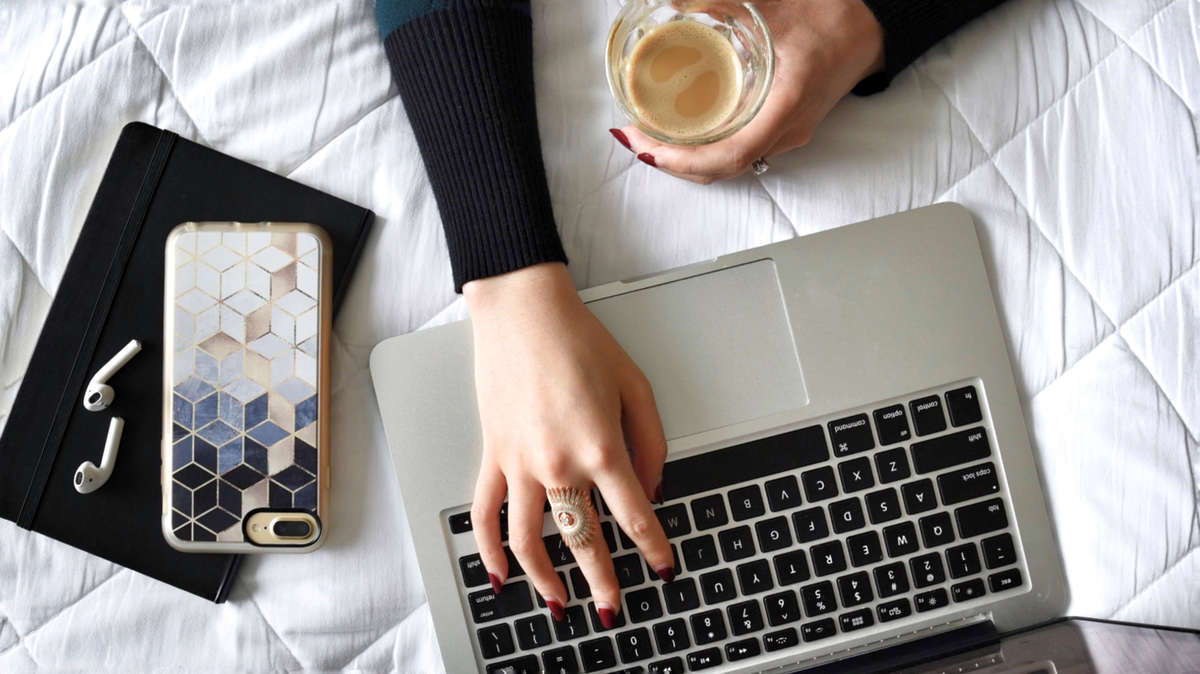 So it’s extremely strange and illogical to me why women, finally accepted into the world of business, are still judged when they decide to start a family, as leaders. When Jacinta Ardern, prime minister of New Zealand, got pregnant - I remember the headlines and some of my own friends wondering “if she could handle it”.
People used words like “Not a good time” (they used this with me too) and “irresponsible” to describe her situation. Interestingly, two other male members of parliament were also expecting children around the same time, but no one thought to question them on their capabilities. So one smart news outlet highlighted this by pasting their images next to the same headline that was used on Ms. Ardern. It looked ridiculous. Ms. Ardern has had her baby and New Zealand wasn’t ruined. It’s doing rather well, in fact. Men don’t have the physical burdens of pregnancy, but they certainly face the same life changes when the baby comes.

Why is it that we don’t ask men “if they can manage business” when they become fathers? Do we automatically expect them to stay at work and have no relationship with their children? How is that even a healthy expectation? 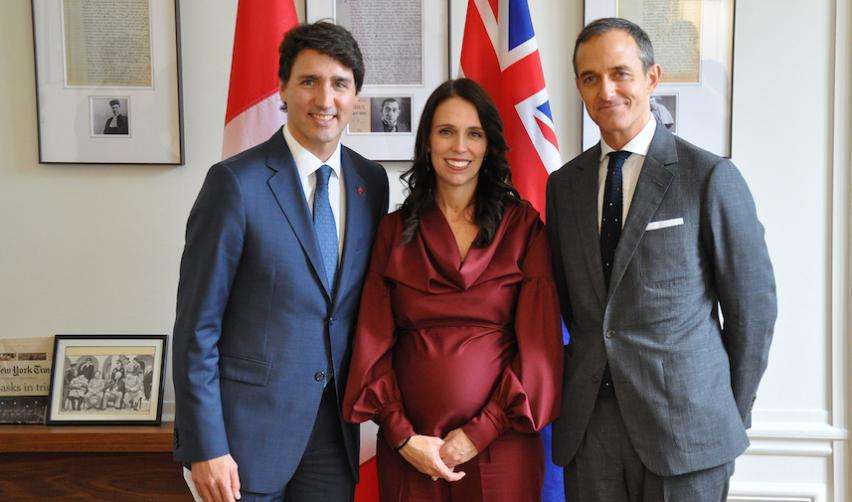 In my case, I simply want it all. I want a great relationship with my daughter and I want my company to grow. I want my brand to have genuine core values and I want longevity for what I have built. I don’t care when people think that it’s not possible. I don’t care about what they think at all. It’s the same as when they all thought that my brand was nothing special. It doesn’t matter. What truly matters is what I believe in and what I am doing to execute on that belief.

Right now, I have an amazing bond with my daughter and my company is healthy, even in the midst of being hit with a pandemic. Is it easy? No. It’s blood, sweat, tears. It’s choosing to work late nights after she’s asleep and not being able to do much work in the mornings because I spend it with her. It’s endless amounts of patience. It’s stress. But I’m happy because I have what I want and I have a set of goals to continue striving for. It hasn’t changed because I suddenly had to change a few nappies. Being a Mother and an “Entrepreneur” does not conflict

People often ask how I manage to balance being a mother and “entrepreneur”. I do it like any other man or woman who has kids and a career. I do it by being logical with my choices. I chose to live near my family, who can help me with my daughter and provide me with a strong support system. I make sure to have assets outside of the company as a safety net for my family.
I have a supportive, working partner. I understand the importance of time with my family. I come from multiple generations of entrepreneurs. My great, great grandfather was a cloth merchant. My great grandfather took over the business after. They lost it all in the World War II. My grandfather rebuilt it afterwards. My father started his own. The older generations have lived through destruction, famine, poverty and environments that were so much more hostile than what we could imagine nowadays. Yet they still ran businesses and had families. 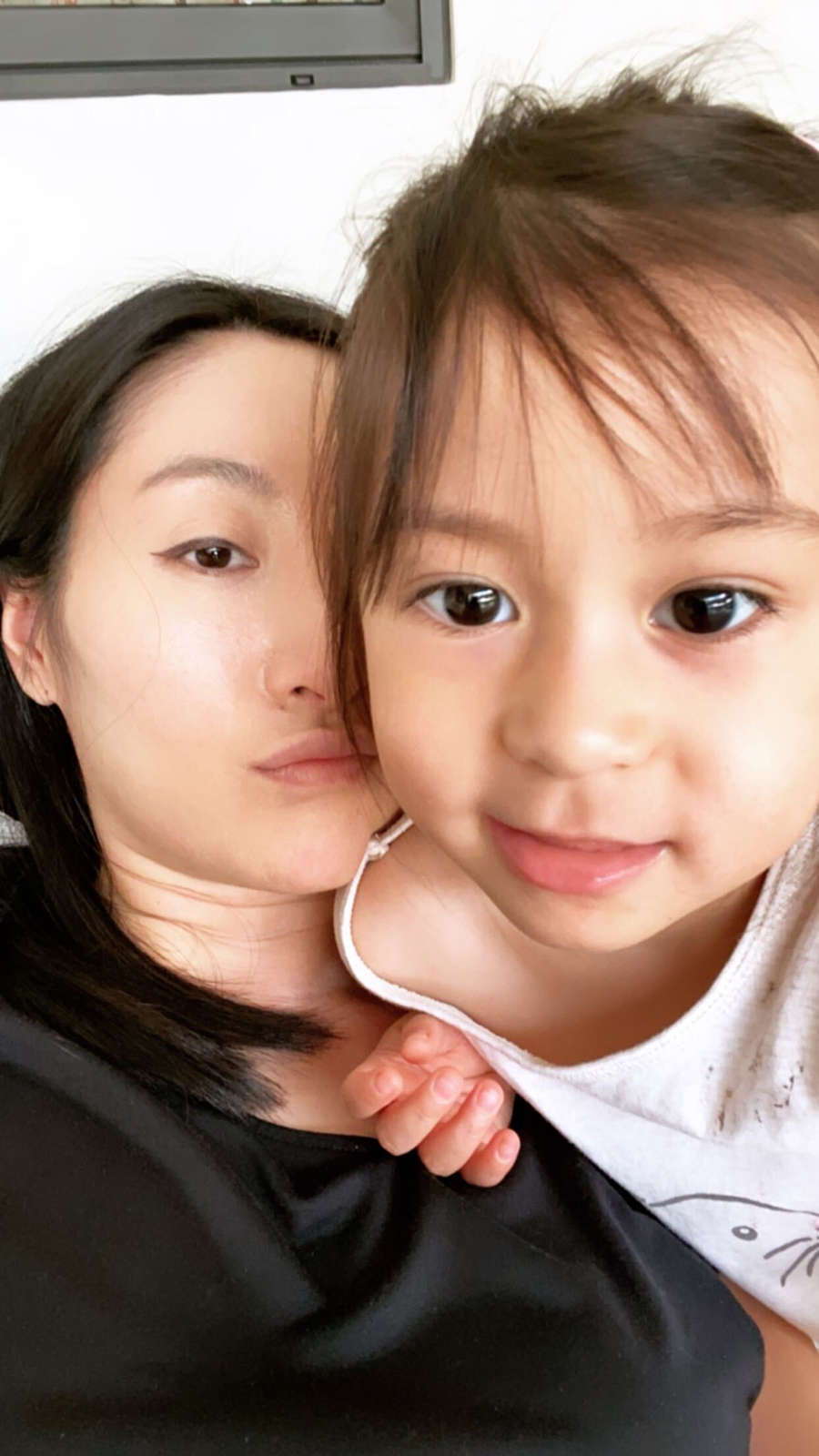 In retrospect it’s silly to think that motherhood or parenthood is going to have such a negative impact on business ownership. The truth isn’t as dramatic as most people would think. If you’re a strong person, you stay strong as a parent and you continue growing as a leader. Nature only gives you reasons to become even stronger. It’s a very human belief that parenthood limits entrepreneurs, especially for women. (Elon Musk has had 7 children; I’m still waiting for the day the media questions if “he can handle it” as a Daddypreneur.)

I’ll finish up with a conversation with one of my past sales associates - a successful, hustling New Yorker in her early 30s. “It’s amazing that you have a kid and can still do so much. I’d love to start a family with my partner, but I think about how it’ll just make everything so much more work than it already is now. I don’t know if I can manage. What do you think?”

I smiled, remembering the same thoughts I had in the past, then told her how it was in reality.

“Everything is going to be OK.”