Mo' Honey, Mo' Money: the Industrialization of Nature’s Elixir and Why We Need to Stay Local 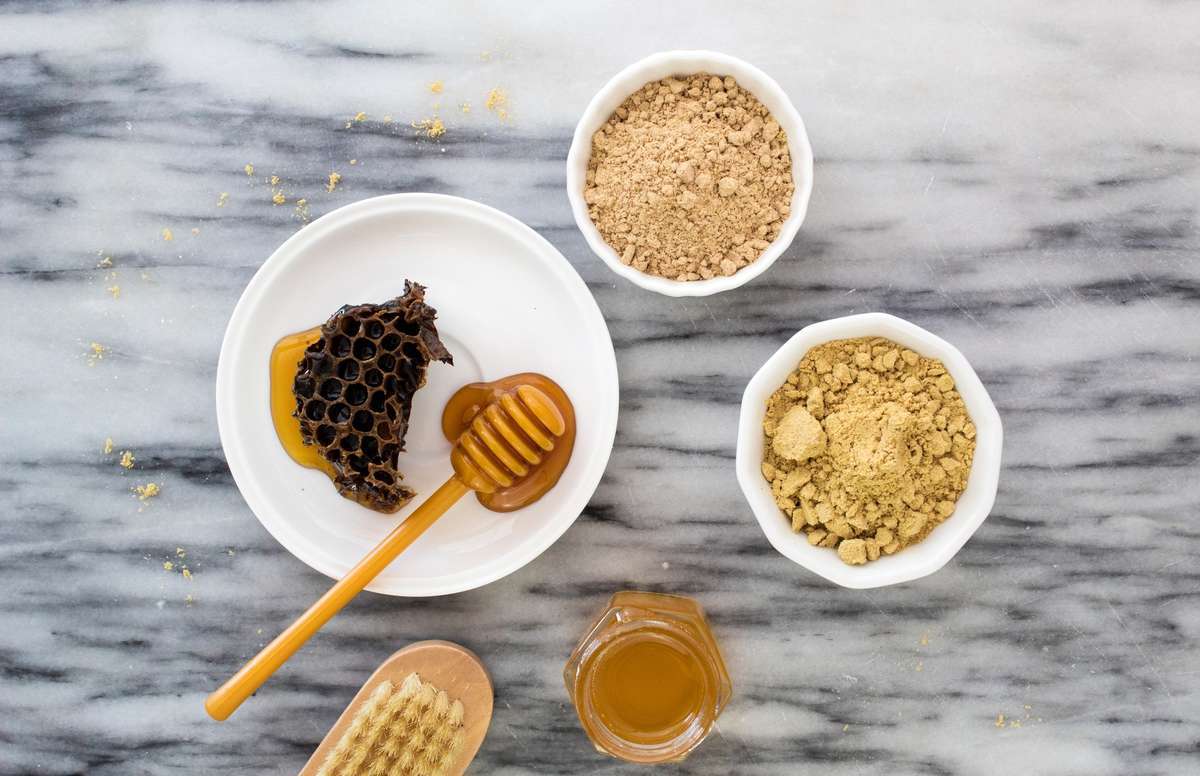 Do you know your honey?

It’s mainly one of two, according to industry standards. It’s either “Raw Honey” or just, “Honey”.

But the actual differences between the two are staggering. The industry has done well in keeping the majority of consumers well fed and none too bothered about the seemingly harmless word play: a common marketing tactic seen across many other food industries, like veal (because baby cow is not so nice to see on menus).

We talk to industry experts and insiders to find out what exactly is going on with one of the world’s most demanded sweeteners and breakfast staples, how its growth has affected global bee populations.

We all love honey.

Honey consumption has grown steadily over the past ten years, with China being the biggest producer and exporter across the globe – they produced and exported $246,550,000 worth of honey in 2014. The biggest importers are Germany, the US and UK – buying tonnes from Argentina, Vietnam and a variety of other honey producers.

The statistics show a continual growth in both consumption and production, but something doesn’t make sense: global bee populations are declining at alarmingly fast rates. Beekeepers in the US were hit with a decline of 40% since 2006, while the UK followed with 45% since 2010 – almost half the commercial honeybees are gone.

Why should we care? Well, these are also the same bees who are responsible for pollinating up to 80% of our world’s plant bio diversity. That’s more than 4000 different types of fruits and vegetables needing bees; not including thousands of species of trees and flowers.

Why are the bee’s dying?

“Firstly the insecticides we use on many other crops are poisoning the bees. But that’s not the main reason. You have to understand the entire picture before blaming it all on just chemicals. The industrialization of honey has brought about changes in the ways bees are being kept and how honey is being made.

Did you know that in one bee’s lifetime, it will only ever produce 1 teaspoon of honey? Bees are also seasonal creatures – they don’t come out during winter, so real honey is not readily available all year round. 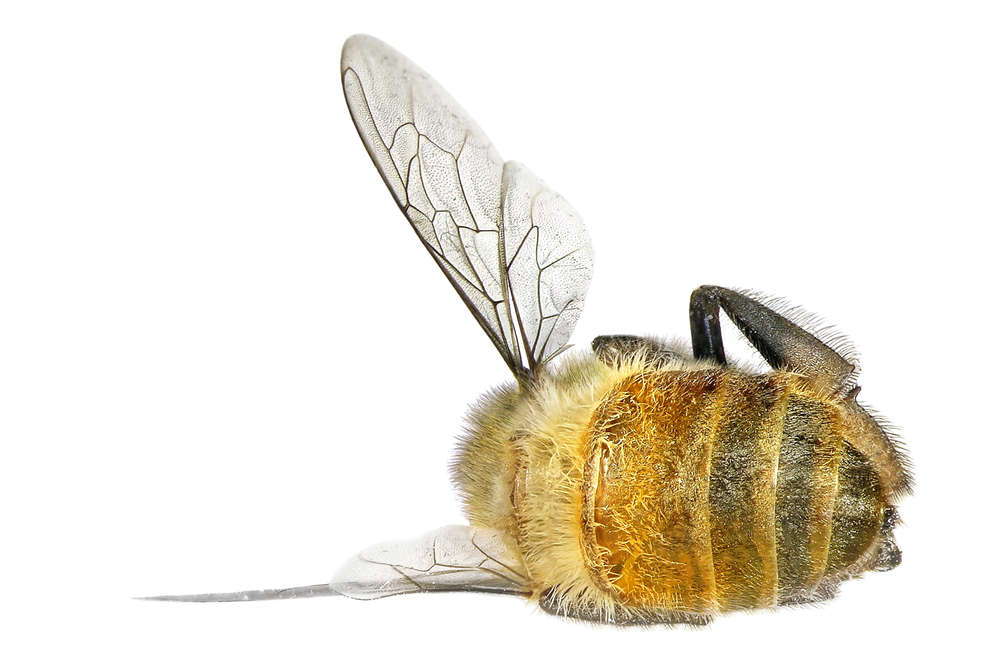 So how on earth do we manage to produce tonnes of honey stocked in our markets at any given time of the year? Well, firstly – a lot of producers add sugar syrup, additives and colouring to the honey, increasing its volume. Different sources of honey are collected from various factories and then boiled down (pasteurized) to get rid of impurities. Unfortunately, if you boil honey, it loses much of its natural antioxidants and enzymes as well. The truth is, most ‘normal’ pasteurized honey you find on shelves are not much different than sugar syrup, so if you’re trying to buy honey as a healthier alternative to sugar, make sure you are buying the right type of honey and not a yellow sugar syrup.

The Industrialization of Honey

Besides pumping up volume with sugar and other additives, the industrialization of honey is affecting the bee’s physical make up themselves. You see, raw honey comes from pollen collected from flowers; but flowers are seasonal. In order to mass produce honey – factories now place a small cup of sugar water in front of each of the thousands of beehives kept in cement boxes for the bees to “collect”. In nature, the new generations of worker bees learn from the previous as they fly across flower fields and harvest pollen: if sugar water is readily available, they no longer need pollen to turn into nectar.

Keep in mind that the lifespan of bees are only about 4 months at most – it only takes a year or two of sugar water feeding to completely change the behaviour of new generations. Sugar water is nowhere as nutritious as wild flower pollen – what can we expect from the honey they produce when they are only ingesting sugar? I’ve seen factory bees – they are nothing like the bees that absorb from flowers. These ones only know to collect sugar from a meter away and return; living barely a few weeks. They are weak and vulnerable from malnutrition.

In my personal view, this affects the overall health of the bees – imagine all the new generations of bees completely reliant on sugar water to feed their queen. The industrialization of honey is changing even the ways bees consume: it is unhealthy and unnatural. Although scientists are still investigating and confirming the main cause of bees are dying, I strongly believe that this is one of the reasons. We can’t mess around with nature and expect no consequences – it’s something we as humans so often do. We need to be smarter and more considerate producers and consumers. 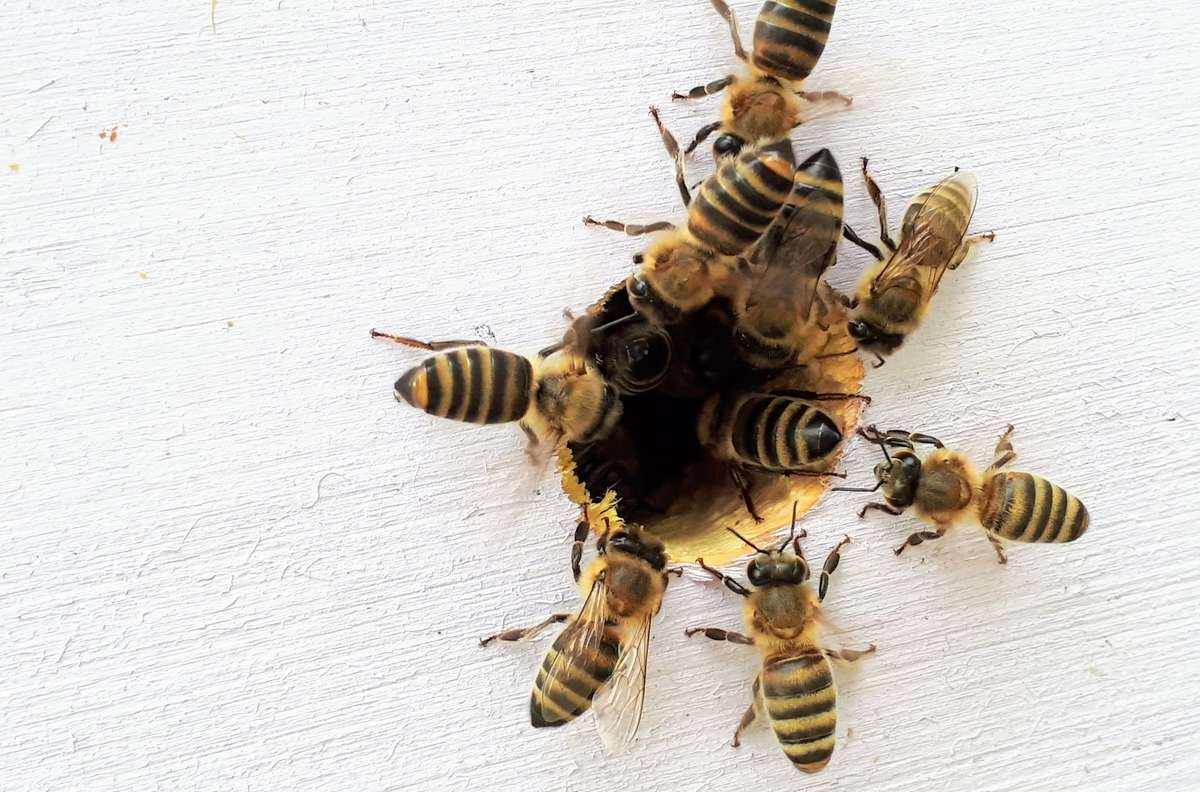 We have enjoyed the fruits of the bee’s labour for centuries. Bees are nature’s most hard working animals – working tirelessly, devoting their lives to making something we all get to enjoy, without complaint. Let us not abuse it. We must learn and understand how to become better consumers – the change starts from us.

We need to understand the difference between Honey and Raw Honey – if we were to choose Raw Honey and become more aware of the industry practices, it could sway the production methods and conserve the natural ways of the bees. We can do nothing about the growing consumption rates – we are a demanding species and we know it. The least we can do, is to consume smart.” 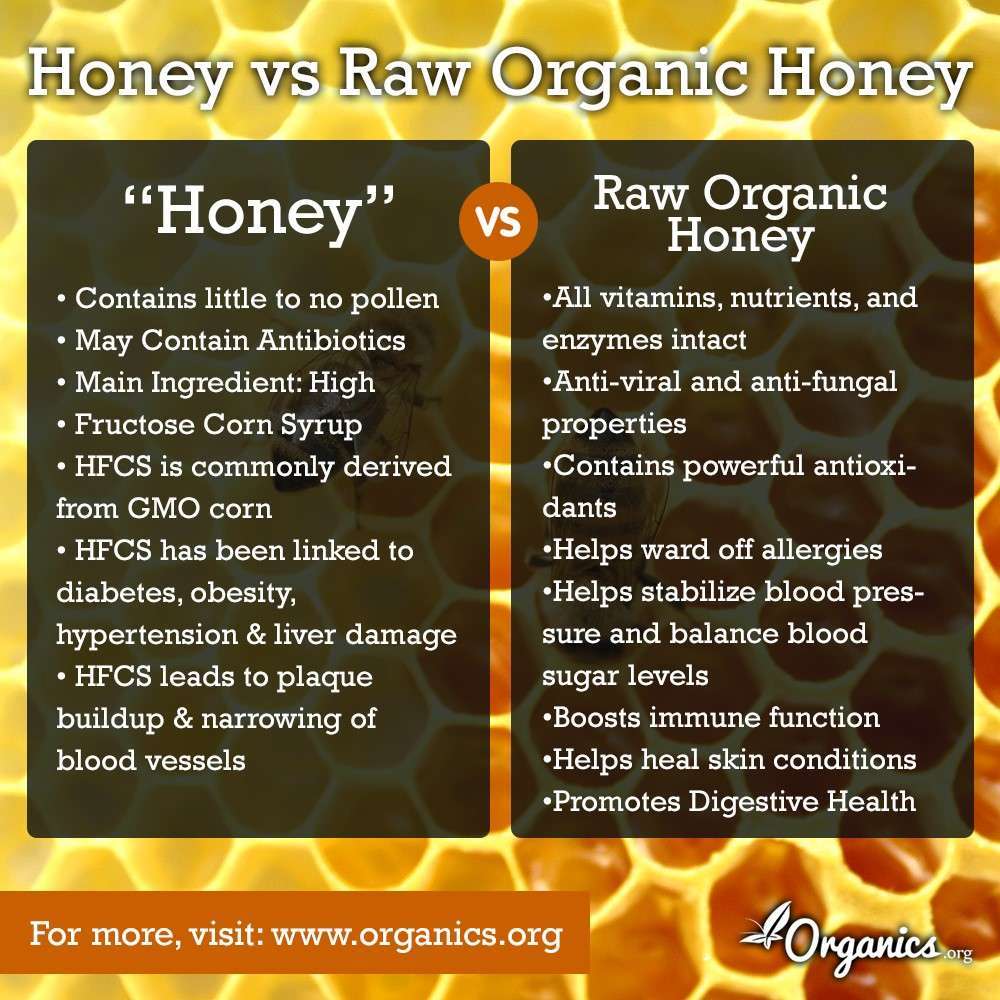 Currently scientists are have tried to attribute the dying population to the below issues:

- Varroa Mites (known affectionately as the Varroa Destructor mite) are a huge problem – often causing hives to collapse due to the diseases they carry. These diseases deform the bees and weaken their immune system, wreaking havoc on entire colonies. Bee keepers have been having a hard time getting rid of these pests as the use of chemical pesticides will also harm the bees if deployed and may affect the produced honey. The bees themselves cannot identify mites, allowing them to breed and eventually destroy the hive. Only one species of bees are known to have some natural instinct against these mites – unlike their European counterparts who are completely defenceless, Russian honeybees seem to be able to identify, attack and remove the mites. Scientists have begun breeding programs to better strengthen commercial honeybee stock.

- Malnutrition – Entire colonies have been lost due to malnutrition. Many researchers believe this is caused by feeding the bees high fructose corn syrup in factories to boost volume and cut costs. Bees that are fed by a diverse range of flowers and plants have a stronger immunity; those fed only sugar and other cheap supplements are much weaker and more susceptible to viruses and disease.

- Pesticides, Miticides and Fungicides – Chemicals used to combat pests, mites and dangerous fungi have been found in dead hives, causing many to believe that the collateral damage in current chemical deployments are too high. People are still searching for less harmful alternatives to synthetic chemicals used to treat hives infected with the above but it is a delicate process.

- Natural viruses and disasters – Bees are natural prey for predators such as Asian Giant Hornets or the Parasitic Phorid Flies. While there is no evidence of massive destruction caused by Phorid Flies which also help keep fire ant populations down, the Asian Giant Hornets are another matter. (See page….) Climate change, natural disasters such as drought or heavy rains also affect wild bee populations.

So what can We do to Help? Support Local.

We can learn how to be smarter consumers by opting for raw honey - preferably locally made. Raw honey is not only healthier, but its process is less industrialized. If you choose local honey; the anti-allergy benefits are premium as bees draw from local flora to create honey with powerful anti-oxidants and anti-viral properties specific to this area. In this sense, local is best.

While Manuka Honey and other types of plant based raw honey are also popular – scientifically, you are best off consuming honey that originates from your local environment, assuming that this is the environment that you are most exposed to. 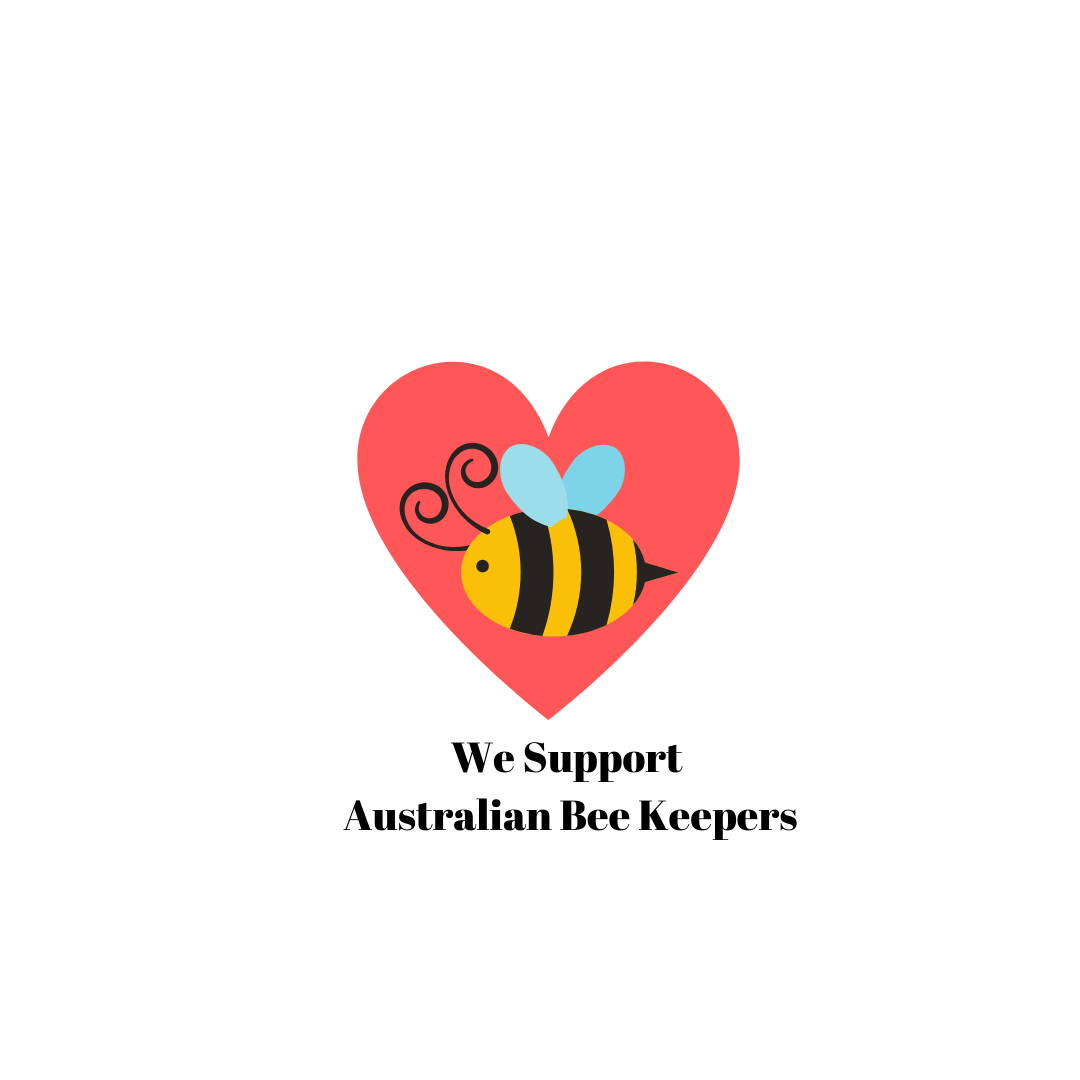 At Snow Fox, we support our local Australian beekeepers by sourcing organic beeswax to use in our new hand cream formulas. For those who have allergies to beeswax or prefer purely vegan products, we will clearly label any items that have beeswax in its formula, underneath our ingredients list. Beeswax has natural anti-bacterial and anti-inflammatory properties and help seal moisture in skin without clogging pores, which is highly beneficial in skincare. Local Australian bee keepers help educate the public about the importance of local bee populations and their role in eco system. A drought and wildfire-prone land, Australian agriculture and wildlife needs all the pollination help it can get – and bees are nature’s best pollinators!

Known mostly in Japan as “Giant Sparrow Bees” – these creatures are not exactly sparrow like at all, except in size. Organized and aggressive, Giant Hornets grow up to 5cm, with a wingspan of 6cm. Their stingers are approximately 6.25mm in length, filled with venom that attacks the nervous system and tissue of its victims. Every year, thirty to forty people in Japan die from hornet attacks.

The Giant Hornets feed primarily on other insects and like us, they love honey. For Giant Hornets, a hive filled with honey and defenceless bee larvae can provide food for an entire winter. Ruthlessly efficient, Giant Hornets would scout for beehives and once located, the scout will mark its target hive with pheromones. Then, the scout hornet will come back with a large swarm and attack the honeybees. 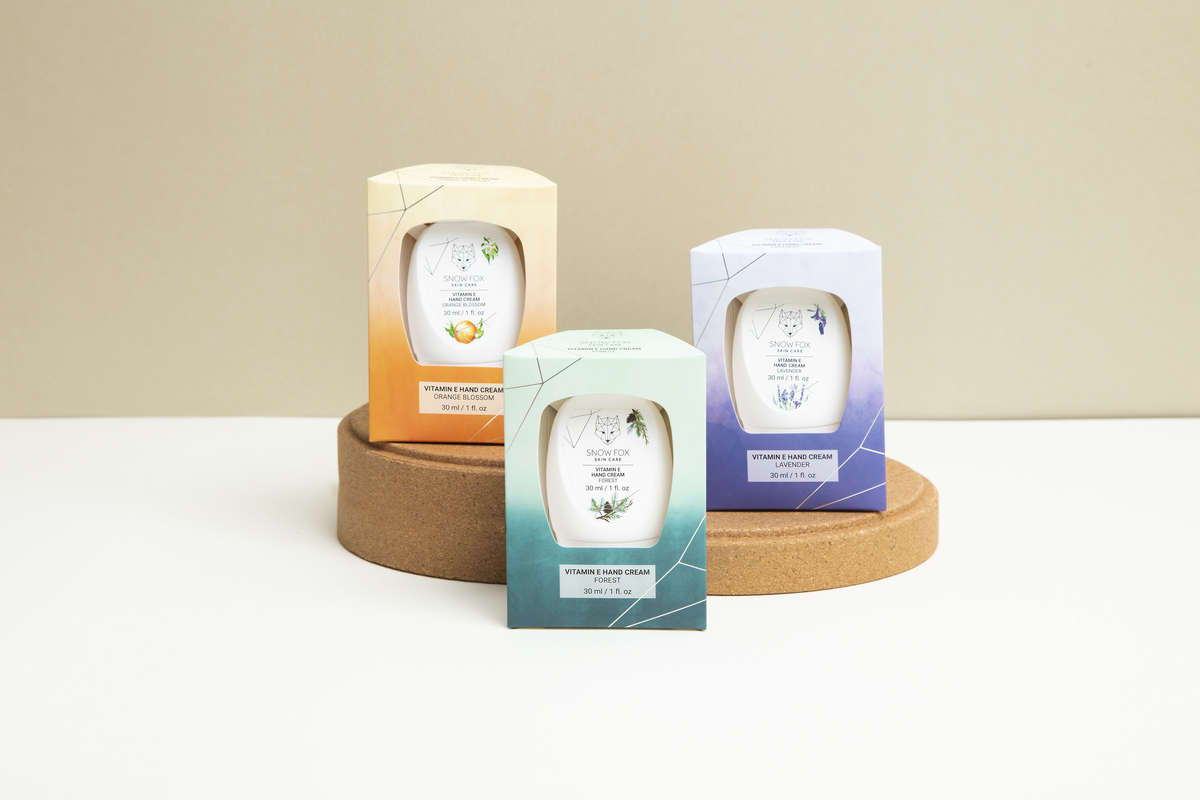 When a scout hornet approaches their hive to mark with pheromones, the honeybee workers will retreat back into the hive – allowing the scout to enter without resistance. However, once inside, they surprise attack the scout with a cloud formation of approximately 500 individuals, forming a little heat ball as they vibrate their wings together. This causes the centre of the ball to rise to 47 degrees Celsius. While this alone isn’t hot enough to kill the hornet, the honeybee ball also increases the carbon dioxide concentration within; forcing the Hornet’s ability to withstand heat to drop as the CO2 levels rise. The honeybees themselves can only withstand a mere 48-50 degrees C under the same condition, so the hornet will die while they survive. By killing the Scout Hornet, they avoid the future swarm.

Unfortunately, other species of honeybee are completely defenceless against Giant Hornets.

Thanks to warmer climates, they have now flown their way into different parts of the world. 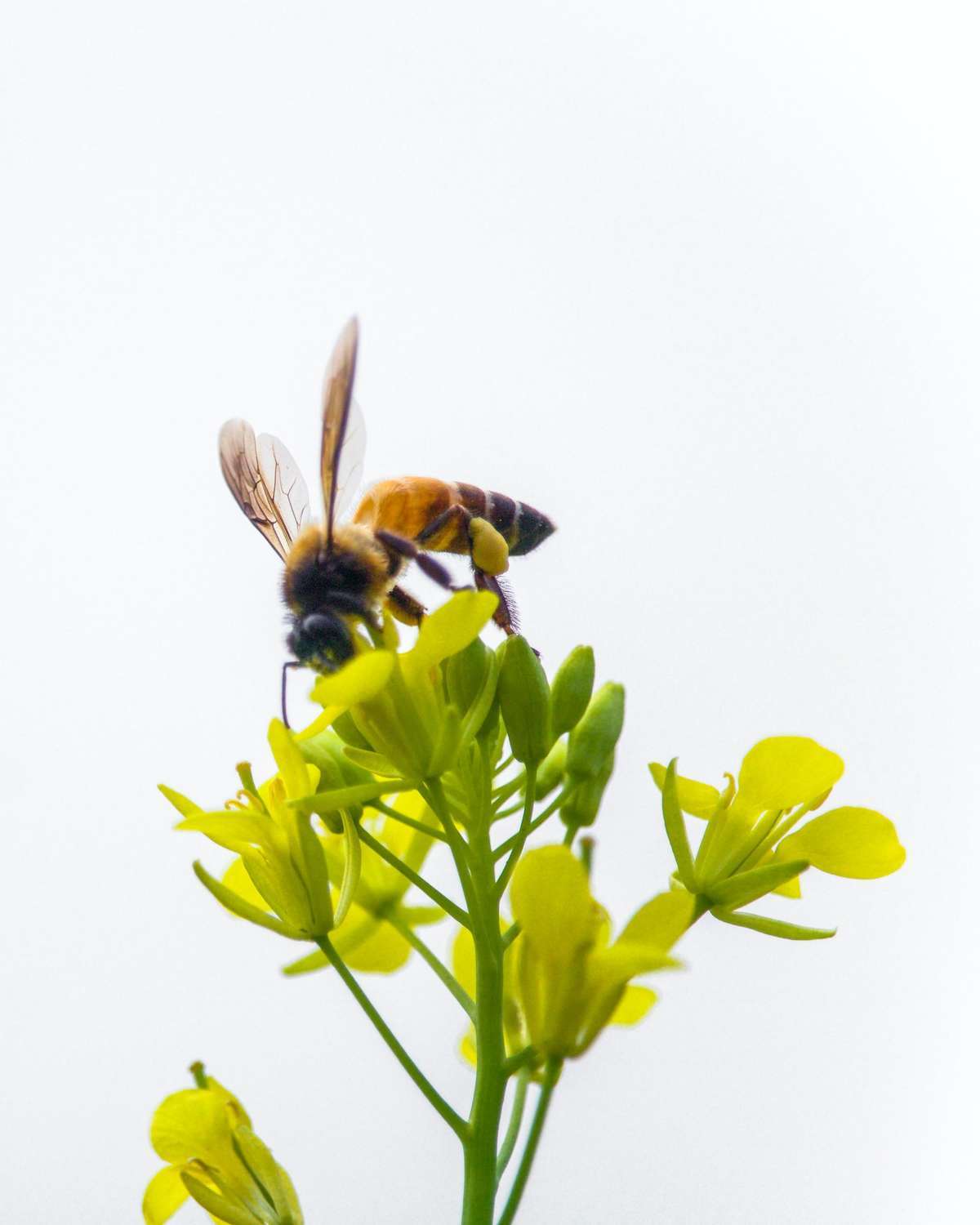 It is estimated that one Giant Hornet can kill forty little honeybees, in one minute. A swarm of 30 hornets can completely disintegrate a hive in as little as three hours. It’s a massacre of epic proportions.

The only species of honeybee that has any defence against these Giant Hornets are Japanese honeybees – who, after generations of dealing with nearly getting obliterated, have figured out a highly intelligent defence mechanism.

“We were swatting them with tennis racquets and badminton racquets while they swarmed our hives – it was a really intense honeybee/human VS hornets battle. I’m happy to say we won, but those things are not kidding when it comes to bee destruction – they were trying to force their way into the hives and all we could do was smash them when they got close. I was really afraid I was going to get stung but we had to defend the honeybees or else it would have devastated our crop entirely.” – Patrick.

Right now, there’s nothing much anyone can do about the Giant Hornets as they can easily migrate in better weather – but let’s all try to support our local honeybees by opting for local, raw honey, beeswax and byproducts.